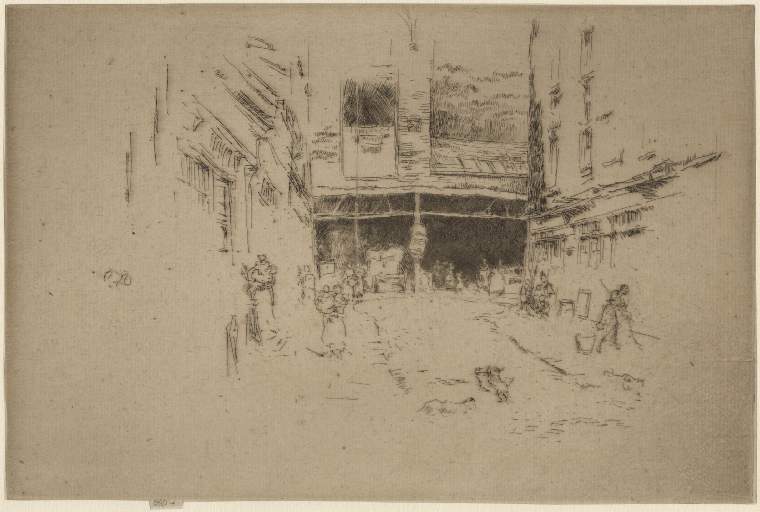 In addition to exploring the picturesque possibilities of the streets of Chelsea, Whistler ventured further afield, especially to the used clothing district around Houndsditch in the East End of London. He occasionally referred to the group of prints he made in the East End at this time as his ‘East London Set’, although they were never formally published as such This is one of two plates showing buildings in which old garments were bought and sold. They were probably made at Phil’s Buildings, where hundreds of dealers gathered every afternoon in search of cast-off clothes to sell.