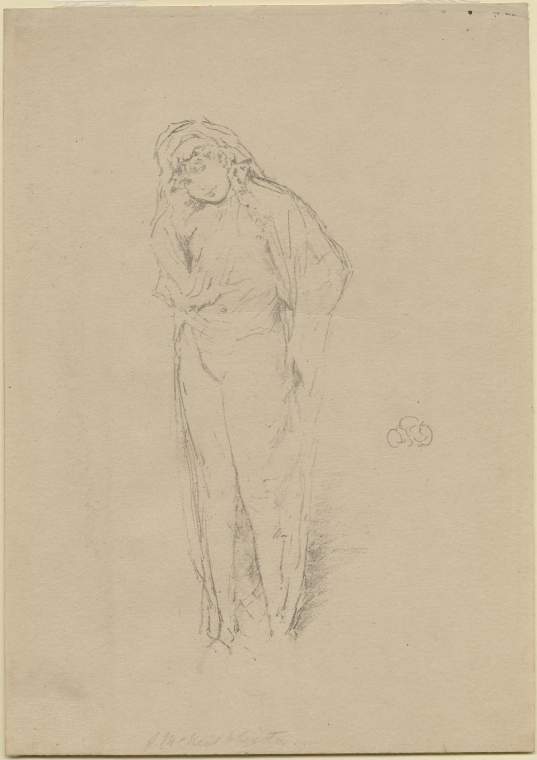 In the late 1880s and 90s Whistler made numerous pastel drawings and lithographs of dancers and figures draped in transparent fabric. He was partly inspired by Greek ‘Tanagra’ figurines, which his friends were collecting around 1890.

Whistler made seven colour lithographs in Paris with the printer Henry Belfond in 1891-3. This image was developed as a colour print using first three and then up to six additional stones, but impressions like this were printed using only the main stone (keystone); missing elements (such as the feet) were added in the colour stones or in later states of the keystone.

Like Nude model, standing (below) this print was drawn on the smoother transfer paper that Whistler discovered in 1891 courtesy of Fantin-Latour.