Fumette from 'The French Set' 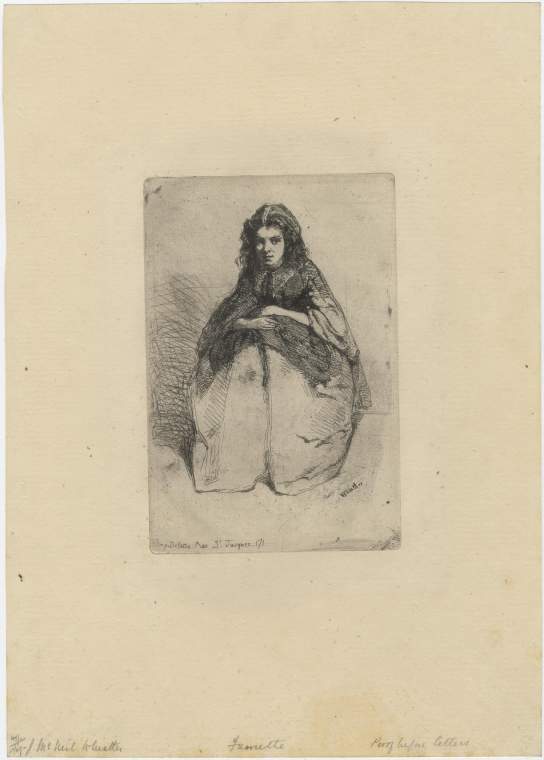 Made in Paris in the summer of 1858 before Whistler’s trip to the Rhine. ‘Fumette’ was the nickname of the seamstress Héloise, a grisette (a fun-loving Bohemian working girl from the Latin Quarter) who was Whistler’s mistress for two years. She posed for several drawings and etchings in 1859 (see A Venus below).

This is one of a group of impressions of early plates in the Fitzwilliam (with The Tinker, Mother Gerard, Street at Saverne, The Mustard Seller, Seymour, seated and Vauxhall Bridge) that were apparently printed at the same time on similar Japanese paper, and have remained together since. As one of the plates is dated 1861 (Vauxhall Bridge), the group was probably not printed until that date, when ‘The French Set’ was reprinted by Delâtre for Serjeant Thomas.