'The Little Lagoon' after Whistler 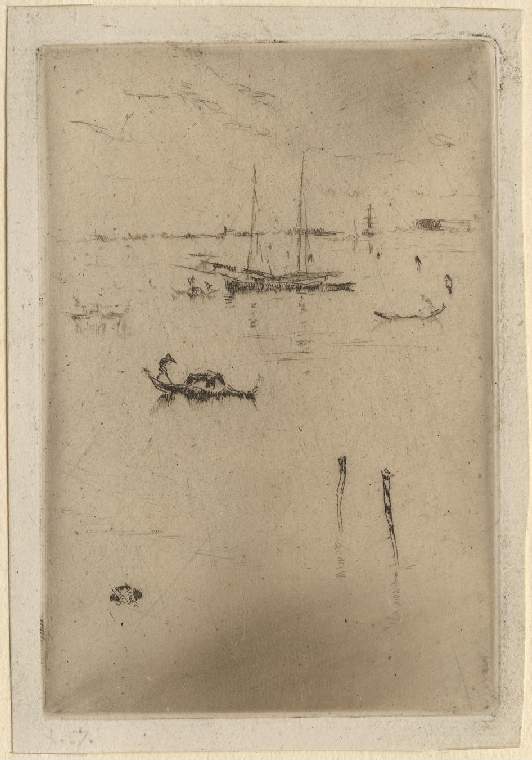 Sickert entered Whistler’s studio in 1882, and with his fellow pupil Mortimer Menpes he helped Whistler to print his Venetian etchings. These two impressions of his copy after Whistler’s etching, The Little Lagoon (published in ‘The First Venice Set’), show Sickert using the printing effects that Whistler taught him. The different lighting effects are created by varying the areas of ink left on the surface of the plate when wiping it prior to printing. The example on the left is printed on machine made wove paper, while the one on the right is printed on ‘antique’ Dutch laid paper, which Whistler preferred for its colour.