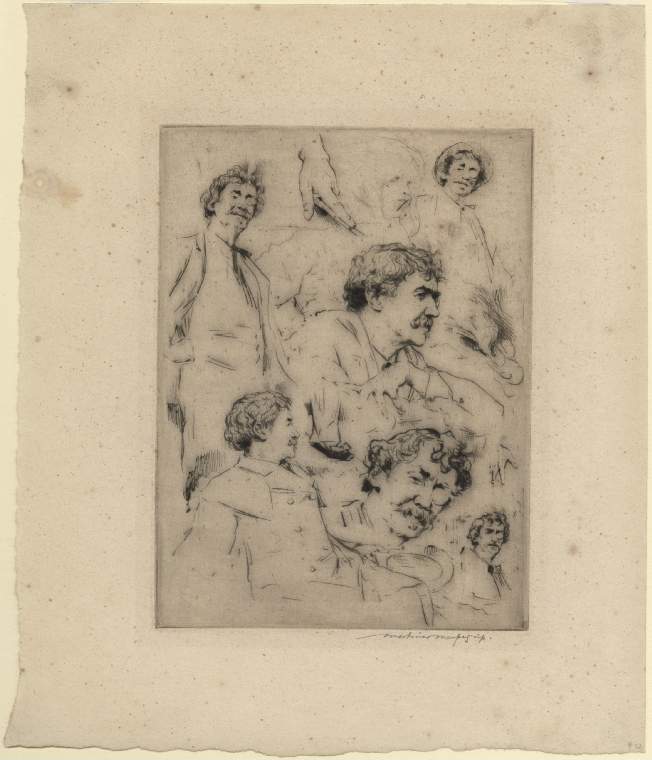 The Australian Menpes met Whistler in November 1880 after the latter’s return from Venice, and offered to help with the printing of his Venetian etchings. Whistler took him on as assistant, and frequently sent him on hunts for bits of old paper, such as the paper this drypoint is printed on. Although they fell out in 1888, Menpes was one of the few mourners at Whistler’s funeral. He made several drypoint studies of Whistler.

At the top is also a sketch of one of Menpes’ children (see The Menpes Children).

Bought from the University Purchase Fund, 1999