'The Adam and Eve', Old Chelsea 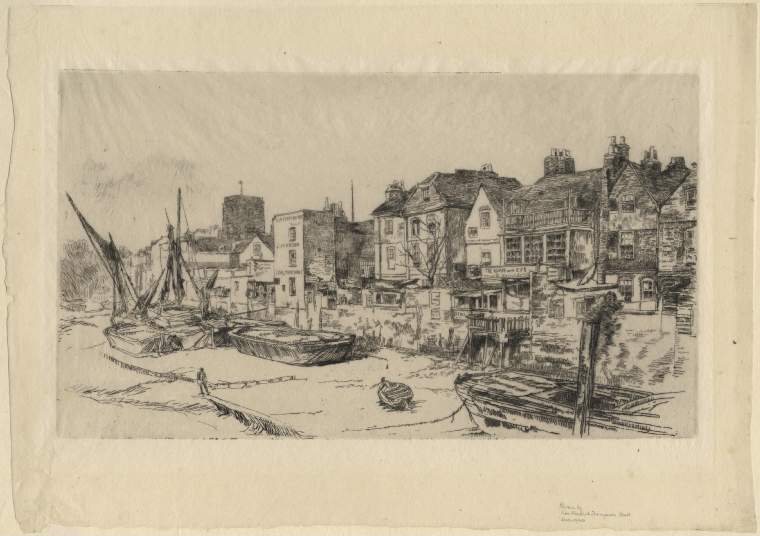 This waterfront tavern had already been demolished to make way for the Chelsea embankment. Whistler based details of his print on a photograph by James Hedderly (c.1815-1885) taken around 1865. Whistler’s pupil Walter Greaves, son of a neighbouring Chelsea boatman who helped Whistler explore the river, also made an etching of this subject. Whistler’s print was published by Messrs Hogarth and Son in early 1879.

The print conforms to Whistler’s description of his transitional style, as recorded by his first biographers: ‘instead of drawing the panes of a window in firm outline,… he suggested them by drawing the shadows and the reflected light with short crisp strokes and scarcely any outline at all.’

Given by Sir Herbert Thompson 1920